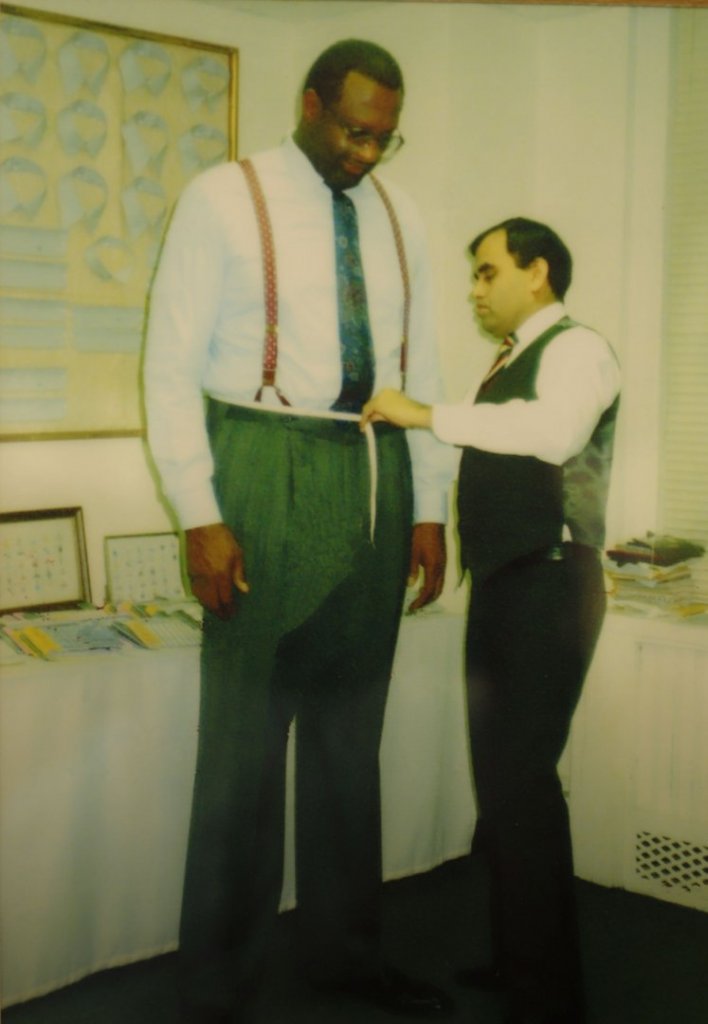 “Big Bob” Lanier, the retired professional basketball player who played for the Detroit Pistons and Milwaukee Bucks of the National Basketball Association (NBA), is seen here being fitted by Mike Mohan in the original Mohan’s Custom Tailors showroom. Lanier was inducted into the Naismith Memorial Basketball Hall of Fame in 1992. He played in eight NBA All-Star Games, and was named Most Valuable Player of the 1974 game. He has had his #16 jersey retired by both the Pistons and the Bucks and his #31 jersey retired by St. Bonaventure University. Mr. Lanier is an NBA ambassador.

In the 1994–95 season, Lanier was hired as an assistant coach under his former coach Don Nelson with the Golden State Warriors. Lanier was named the interim head coach on February 13, 1995, after Nelson resigned. He compiled a 12–25 win-loss record in 37 games, as the Warriors finished 26–56 overall.