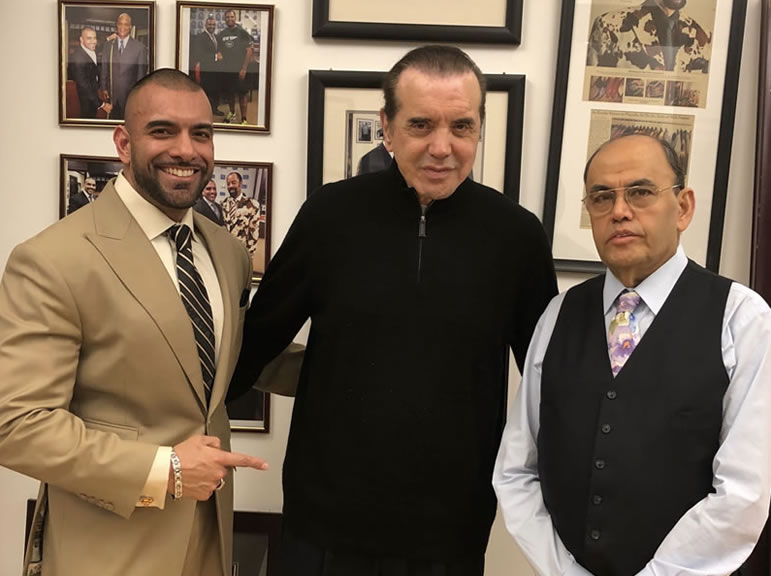 We are beyond proud that Chazz Palminteri, the legendary, Bronx, New York-born, Academy Award-nominated, actor, writer and director, and restaurateur, is a long-time client of Mohan’s Custom Tailors. Mr. Palminteri is known throughout the world for his autobiographical 1993 film, directed by another legend, Robert de Niro, “A Bronx Tale”, which he also adapted into a hit Broadway musical, and his Best Supporting Actor Oscar-nominated turn in “Bullets over Broadway”. He has also appeared in such seminal films as “The Usual Suspects”, “Analyze This”, “Legend” (co-starring Tom Hardy), and on television in such roles as Shorty in “Modern Family”.

We have had the honor to be able to create 100% bespoke suits, shirts, and many other custom masterpieces for this truly great artist and person for many years. This legacy has also extended to Mr. Palminteri’s son, Dante Palminteri, a well-known singer-songwriter and actor.

He is seen here being fitted for custom menswear by the Mohan’s team, in 2019 in our Midtown Manhattan showroom.