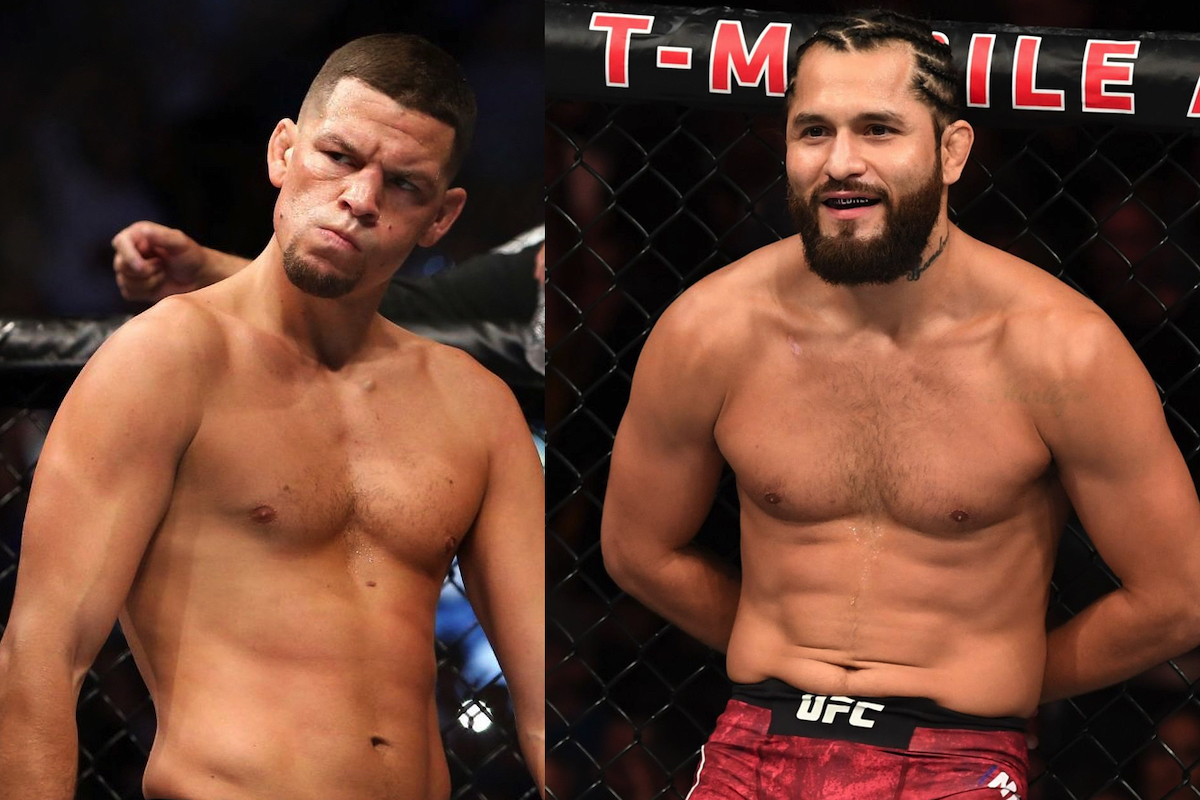 We recently published a blog post on our website about our first collaboration with Ultimate Fighting Championship Superstar, Jorge “Gamebred” Masvidal. He is currently competing in the UFC’s welterweight division and also, as we indicated in our prior post, competed for Bellator, Strikeforce, Shark Fights, and World Victory Road. Masvidal “owns the record for fastest knockout in UFC history, occurring in his match against the previously undefeated Ben Askren at UFC 239 via flying knee”, and as “of July 8, 2019, he is #3 in the official UFC welterweight rankings.” Victor Mohan previously described a fashion collab with this MMA great and with his powerhouse manager, Abe Kawa, of First Round Management, involving special menswear that the Mohan’s Custom Tailors team is designing specifically for this great champion.

Another UFC Superstar, Nate Diaz called out Jorge Masvidal after winning UFC 241. According to an article today in LowKick MMA, Masvidal previously “said he would accept a Nate Diaz fight in a heartbeat.” The article continues: “Then, after UFC 241, the Stockton-native called out “Gamebred,” which brought him to a smile.” LowKick MMA describes the fact that now, “according to Masvidal’s manager, Abe Kawa, ‘Gamebred’ wants that fight to happen in Diaz’s backyard in California, or as close to California as he can get.” (UFC legend Connor McGregor, who fought Nate Diaz in UFC 202 “posted a message today on Instagram to coincide with the third anniversary of his fight” against Diaz in August 2016, congratulating him on his UFC 241 win, and also talked about a future “Trilogy Fight.”)

Victor Mohan said yesterday in a social media post that, “After a 2-3 year lay off, Superstar Nate Diaz came back last night triumphant against Anthony “Showtime” Pettis.” Victor then expressed how thrilled he is about a matchup between Masvidal and Diaz: “This is huge for Jorge Masvidal. HUGE FIGHT! BIG MONEY! Big implications in the division!” Victor not only appreciates Masvidal’s current status as a UFC powerhouse, he has followed his career for a number of years and has always seen his potential to be the best of the very best.

READ THE COMPLETE ARTICLE IN LOWKICK MMA MAGAZINE (online) BY CLICKING ON THIS LINK.

Learn more about what Mohan’s Custom Tailors is doing with the great Jorge Masvidal and other sports superstars, and also make an appointment for a consultation and fitting for your own bespoke menswear masterpiece! Mohan’s Midtown Manhattan showroom is conveniently located across the street from Grand Central Station. You may call us at (212) 697-0050, or complete the brief form on the “Book an Appointment” page of our website.