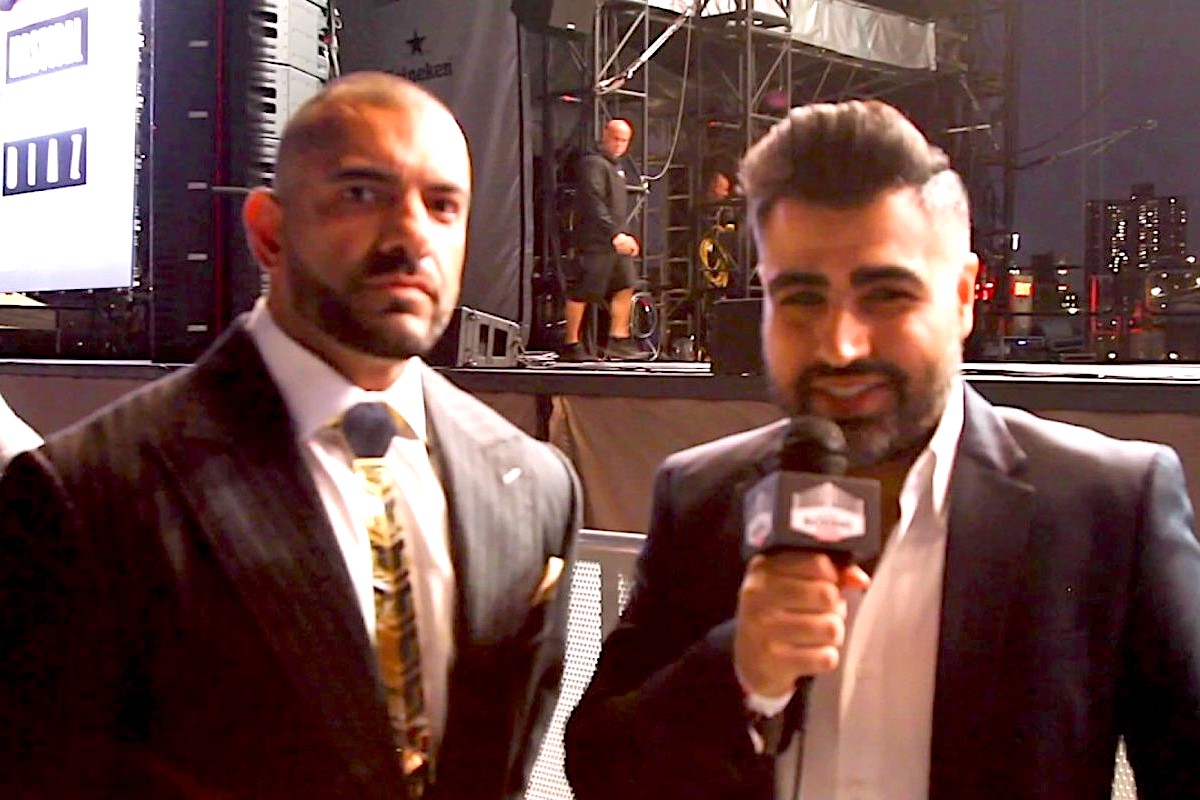 Curran Bhatia is the producer and host of the “Ask The Experts Podcast,” one of the leading MMA and Boxing podcasts in the United States. He is a four-time Emmy award nominated producer, with nearly a decade of experience at HBO, producing “24/7,” “Road To,” “HBO Boxing,” “The Fight Game,” and involved in producing and directing the largest boxing matches worldwide. Mr. Bhatia interviewed Victor Mohan of Mohan’s Custom Tailors on his podcast at the September 19, 2019, press event in New York for the upcoming UFC 244 between champion welterweight fighters,  Jorge “Gamebred” Masvidal and Nate Diaz (to be held on November 2, at Madison Square Garden). He asked about the show-stopping white suit that Mr. Masvidal — our superstar client — wore to the presser, designed and handmade by Mohan’s.

Custom Suit Process – How Did It Start?

Mr. Bhatia posed to Victor Mohan: “Jorge Masvidal, who was very well dressed today, was wearing one of your suits… so how did that come together?” Victor, who is a follower of MMA, first replied with his observations of Mr. Masvidal’s career: “I’ve been watching Mr. Masvidal for a long time, ever since he was on Strikeforce, and I saw that he was gaining a serious amount of momentum… I reached out to him after the Til fight, after the knockout, I saw that he has knockout power now.” He then described that he communicated with the superstar fighter over Instagram: “We went back and forth over Instagram,” also with Mr. Masvidal’s powerhouse manager, Abe Kawa of First Round Management, about Mohan’s making custom menswear for him. Masvidal demonstrated interest and, according to Victor, “had a vision.” Victor continued: “I said that Mohan’s is the best in NYC… and that I can make his vision happen.”

The result was the 100% bespoke white suit that Mr. Masvidal wore to the presser, which Mr. Bhatia noted was clearly an homage to Brian DePalma’s now-legendary 1983 film, “Scarface” (with a screenplay by Oliver Stone), and, as Victor described it, the character of Tony Montana (played on screen by Al Pacino). It is also Mr. Masvidal’s paean to his Cuban heritage.

Mr. Bhatia expressed that Mr. Masvidal looked great and comfortable at the press event, saying that: “If you look good, you feel good…” Victor replied: “He looked like a million bucks today.”

See and hear the complete interview below, and learn more about the process that Victor and the Mohan’s team undertook to collaborate with Mr. Masvidal and Mr. Kawa — including initial consultations in Miami, Florida — to build a unique fashion creation for the great fighter.