A Look Back at the History of Men’s Tailoring

In one form or another, men’s tailoring has been around for as long as there have been men and clothing. However, the modern idea of tailoring—complete with measuring tape, quality materials, and suits—has only been around for a few centuries. If you’re looking to become part of a gentlemanly tradition — dating back to Royal Court dress, Victorian times, classic Hollywood and more, and continuing through today’s sleek, modern, while still traditionally elegant, styles — consider getting yourself a bespoke suit. While you’re considering, check out this brief history of men’s tailoring, brought to you by Mohan’s Custom Tailors (in business providing traditional and modern custom suits, jackets, slacks, shirts and more in New York City, in every style and fabric, since 1972). 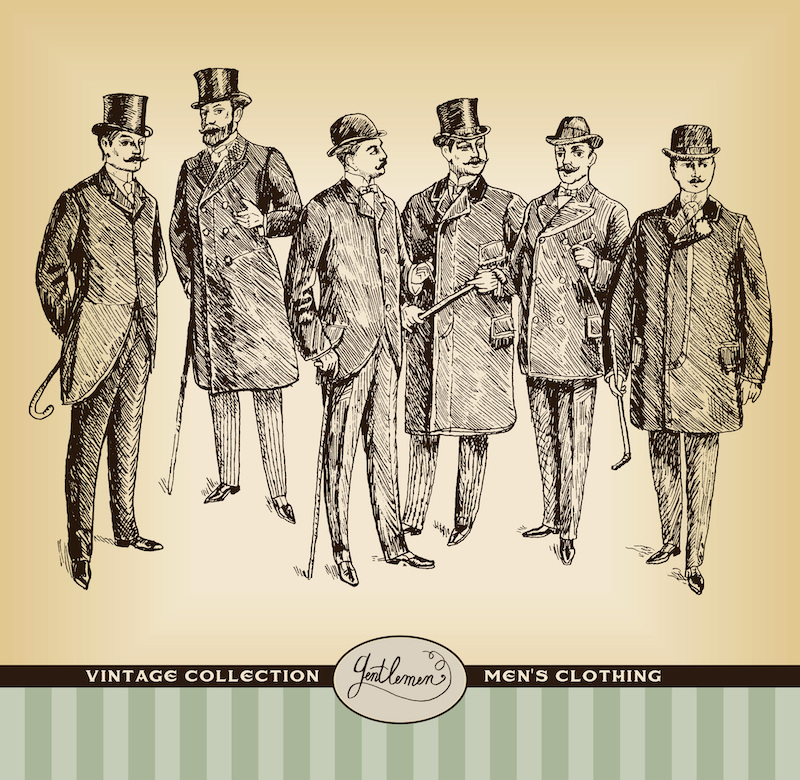 For centuries, the only people who could afford custom-made clothing were royalty and nobles. These men needed to keep up appearances for their subjects, and so they spared no expense when it came to materials and craftsmanship. A progenitor of the modern suit comes from the royal court dress of 1600s England and France—custom-designed outfits that consisted of matching breeches, coats, and waistcoats.

The Industrial Revolution greatly expanded the middle class, and made custom clothing more affordable for a larger number of people. Simple, practical suits became more important than their ornate and “foppish” predecessors. Perhaps one of the most notable sartorial additions of the Victorian era was the necktie, which would become a standard aspect of formalwear. This era also saw the popularization of the frock coat and the morning coat. The dinner jacket—perhaps the closest thing to a modern blazer—came about toward the end of the Victorian era, in the early 1900s.

As the middle class continued to grow, so too did the number of bespoke suits. By the middle of the 20 th century, virtually every man wore a suit and hat to work. As the century progressed, factory-made suits became more popular in order to keep up with the demand. However, men have begun to rediscover the benefits of bespoke suits in recent years. When it comes to fit, style, and durability, there is simply nothing better than a custom tailored suit.

Please make an appointment with Mohan’s Custom Tailors for a consultation and fitting for your own bespoke masterpiece. Mohan’s showroom is conveniently located on Madison Avenue, across the street from Grand Central Station. You may call us at (212) 697-0050 or complete the brief form on the “Book an Appointment” page of our website.