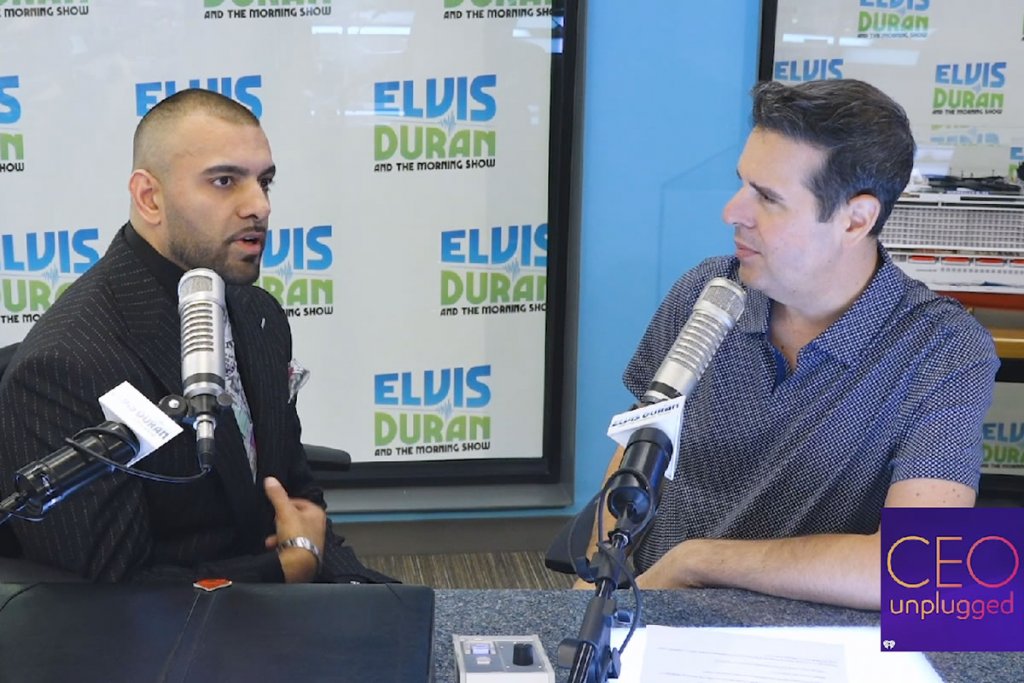 Mohan’s Custom Tailors‘ Victor Mohan was honored to be featured this month on Z100 New York‘s “Elvis Duran and the The Morning Show”. Victor was interviewed by the show’s co-host and Executive Producer Skeery Jones for his “CEO Unplugged” segment, and discussed his history with the New York industry-leader Mohan’s — in business for almost five decades — some of the company’s important celebrity clients and his business leadership. He also teased information about upcoming innovations.

Wearing a 100% bespoke suit by Mohan’s, Victor showed the types of unique features that can be added to fully custom-tailored menswear, including personalized piping, interlinings and much more. “I used to be into my bodybuilding a lot… I was a hardcore gym rat,” Victor said, as he showed the custom lining of his suit with bodybuilding images to show the complete personalization offered by Mohan’s. “So it’s okay to do stuff that explains your character and the kind of person that you are on the lining and the tie especially,” Jones responded. “Not only do you have to own the suit, you really have to own it… OWN IT… it represents you,” Victor replied.

Victor also discussed Mohan’s origins and the company’s now-famous story of New York Knicks legend, Patrick Ewing, whom, serendipitously, became Mohan’s first celebrity customer, and then another Knicks icon, Walt “Clyde” Frazier, having, according to Jones, “seen Ewing in the suit”, and wanting a custom suit of his own. Victor said, “but he’s not the style guy… I’M the style guy”, referring to Frazier’s reaction to Ewing wearing a custom suit and wanting his own completely bespoke masterpieces.

Jones asked about Victor’s rise at Mohan’s, and the company’s size, to give listeners an idea of what is happening now in the company. Victor mentioned his history of working outside of the company first; then, according to Jones, paying his “dues” and “seeing how the other half lives” before his father made him an executive at Mohan’s.

“How does Mohan’s grow?,” Jones asked. Victor won’t “spoil the surprise”, but he wants to, as Jones put it, “set the suit industry on its ear.” “I do want to launch something this year,” Victor said. “Something revolutionary?”, Jones replied.