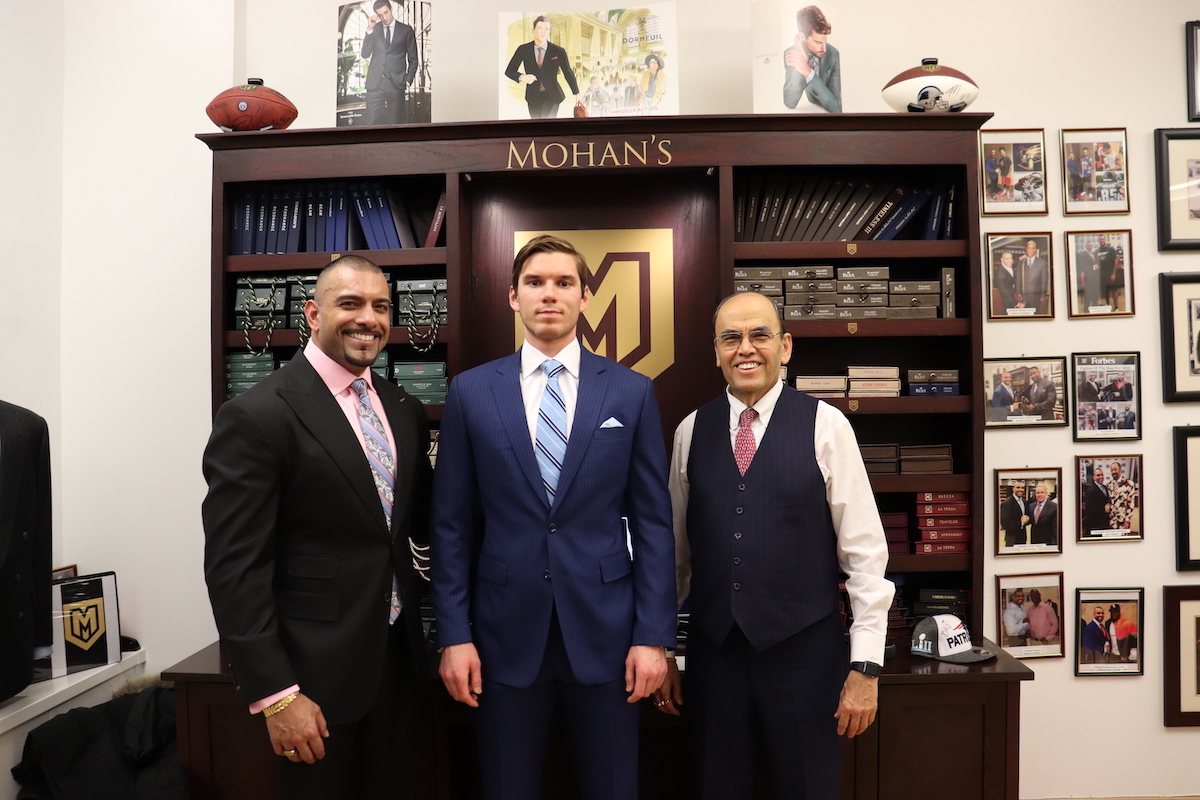 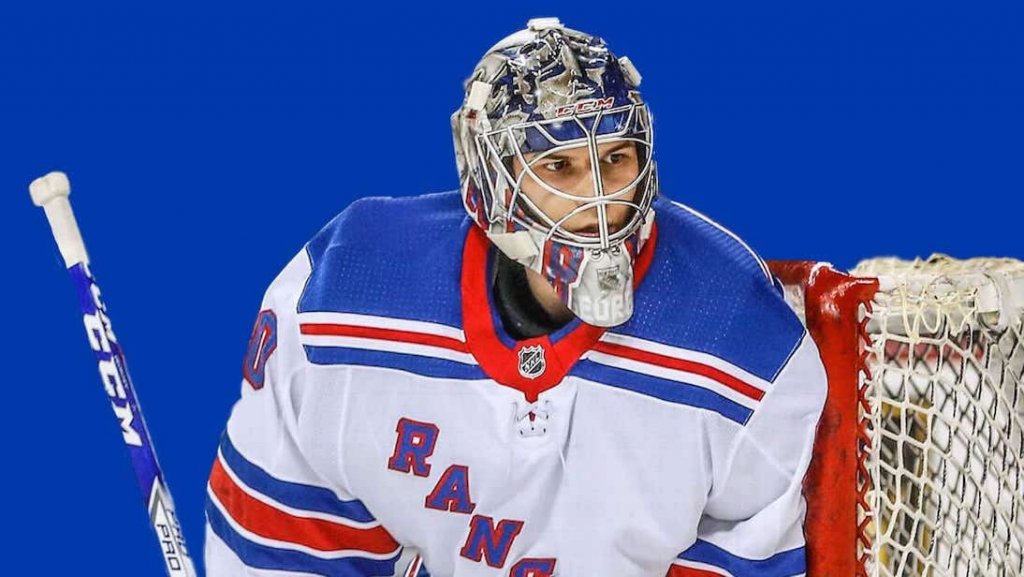 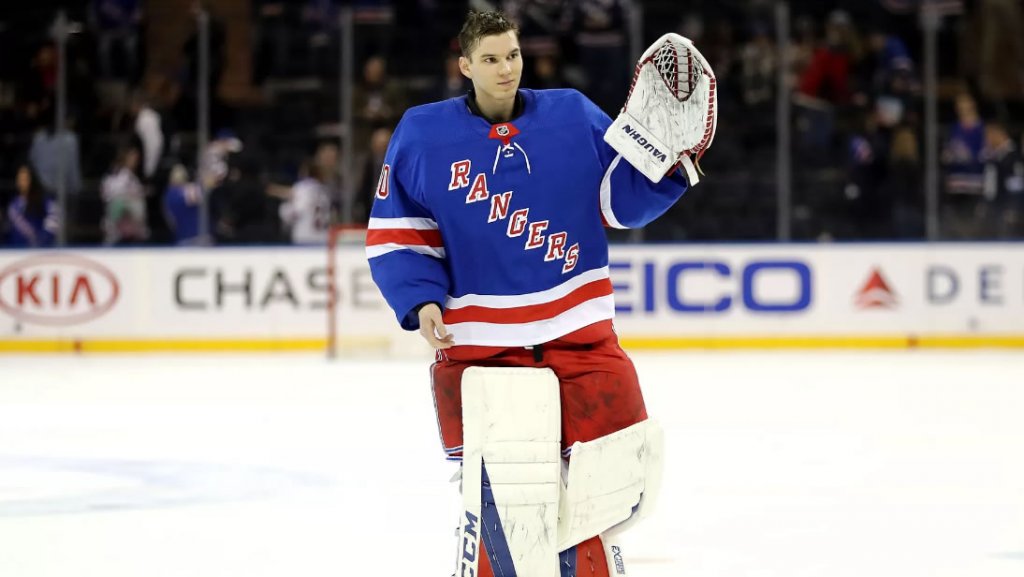 In a previous post, we described our first meeting in November 2019 with Alexandar Georgiev, the National Hockey League (NHL) New York Rangers‘ 23 year-old star goaltender. Mr. Georgiev originally came to Mohan’s Custom Tailors for an initial bespoke consultation with Victor Mohan for the design of custom suits and accessories to be handcrafted by the Mohan’s Team. He returned to our showroom a few weeks ago (at the end o January 2020) for a final fitting with Mike Mohan and Victor Mohan of the suits, shirts and more that were 100% custom-made from the original designs, fabric selections and other choices of special details.

During the fitting, the Emmy-nominated sports producer and host, Curran Bhatia, host and producer of the Ask the Experts (ATE) Podcast, returned to the Mohan’s Midtown Manhattan showroom to conduct a second interview with Mr. Georgiev and with Victor Mohan. In the interview, Mr. Bhatia asked more questions about Mr. Georgiev’s NHL career and also about the process of having custom menswear made at Mohan’s, with the company having a deep background and specialization — among many others — in designing and making clothing for athletes.

Mr. Georgiev said that “we come to the games in suits, so, in my head, it’s associated with game time and looking sharp and feeling great.” Mr. Bhatia asked Victor Mohan, “how does he look?” Victor responded with “immaculate, just immaculate, amazing” and went on to say, “I like the way that it brings professionalism into any sport… so the NHL is really doing it right… I had no idea that it is a rule that he has to walk in wearing a suit… it says a lot about the organization.” Mr. Bhatia confirmed this: “That is a rule in the NHL… you have to enter the arena wearing a suit… you have to represent the organization and yourself.” Mr. Bhatia continued, asking Mr. Georgiev, “So, are these some of the suits that you’ll be wearing walking into Madison Square Garden?” Mr. Georgiev responded, “Yes, I’ll be excited to wear these suits for games… and hopefully it will be on TV.”